A downloadable game about keys for Windows

Keychain is a short game made by Ivan Zanotti & fran43 for GMTK Game Jam 2019.

Not being able to develop the game in 48h, we took two more days to fix some things and here's the result.

Based on the "only one" theme, in Keychain your survival depends on how you use the keys you find.

As this is a 4-days game, it does not have save features and bugs could occur. Thanks for the patience and for playing, keep the gamejam spirit strong!

Great game, just one question. I don't remember what i pressed, but i made the game switch off of fullscreen and now its smaller. How do I switch it back to full screen

Thanks a lot for playing!

So if i understand it right, the door, after you get out of the EXIT (Graveyard) without missing any keys nor use the wrong one, opens without any of the keys needed and then roles the credits. Is that the good ending...?

It is! Thanks a lot for playing, hope you liked it :D

It was great! A bit short, but great. Though there is one thing that peeved me and it was the key-bindings...

Thank you for this great game. I was having an insomnia last night and nothing worked. Turns out i only needed a simple puzzle game.

As a thanks, I've created a rough (but organized) map on google spreadsheets, hope it helps other people still stuck:
https://docs.google.com/spreadsheets/d/13hFjCS2SkMyR_vAHIahbPqEKYQPyGptUYtZYYsKV...

...Now this is something.
Thanks a lot for the sweet comment, we're really glad KEYCHAIN did something good (and I'm REALLY loving that walkthrough map)! So Thanks to you, Felix, you're great :D

Thank you so much. Your game is great, if there are more like yours that you can recommend, i'd be thankful to hear.

Also, if you don't mind, can you just confirm if there's something we can do in that room behind the balcony? I mean, okay i know how to reach there without breaking any keys. The thing is: Once i get there, it's nothing. i was hoping for another closure.

hecking rad game, managed to beat it (eventually) without breaking any keys. kind of wish it was longer, and had some form of save system

Just finished getting through this, was pretty good. I made a sample map from the main corridor and tried to figure out what the rooms were. After getting similar areas done, ran into some that didn't work in that method and elimination for others. Thought two areas were an area, wasted the key, obviously knew after being in it.

The concept is pretty cool, can cause you to panic if you go in unprepared, trying to remember which next key is the one you actually need. After doing the map thing, just prepped in advance, key is 5 down? Enter room, press down to get it quickly, run past.

Went in again without losing any keys, though don't know if that does anything, got two different endings. Would continue playing if there is more, but hard to tell without just running around with no idea. Was fun.

Thanks a lot for playing (and for the intriguing game analysis)!

If you got the "every key intact" ending, then you've completed the game. We hope you had fun! :)

No idea why no one else has played this and its been hidden, but, I have SO MANY QUESTIONS. Well, once I upload Part 2, I'd hope if I can be given any hints or tips, such as, How many endings are there, and, 'am I missing something still?' and, does the Garden Key actually still exist? And if so, does it lead to a true ending of some sort?

Thanks a lot for playing!

There's two endings available, you got one of them at the end of the video (there's also a bad ending, but no, it is not the one you achieved).

Also, no: the garden key does not exist anymore!
Thanks again :D

Reply
Neco The Sergal211 days ago

Gonna imagine its the ending I got in Part 2 and thats it then huh.

(and that MMX victory theme, too)

Really love your neat small concepts like this one ! I finished  it all the ways I could (I think) and had a really great (but stressful) time.  Congrats to you and your gamejam team !

Hey, thank you :D To know that my bizarre and silly concepts were liked, it means a lot to me!

So, thanks from me and Fran43! We're glad you had fun! 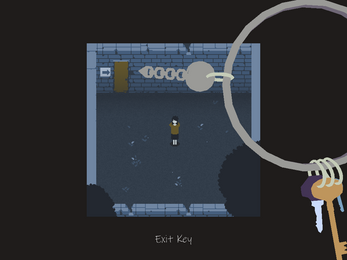 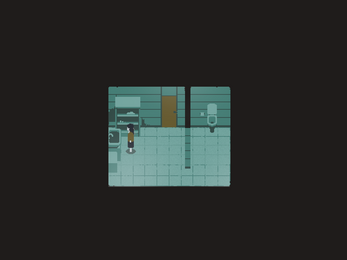 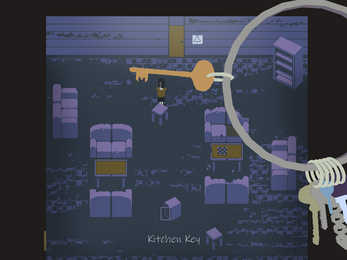